Washougal Motocross Park - One of the Most Scenic in the World 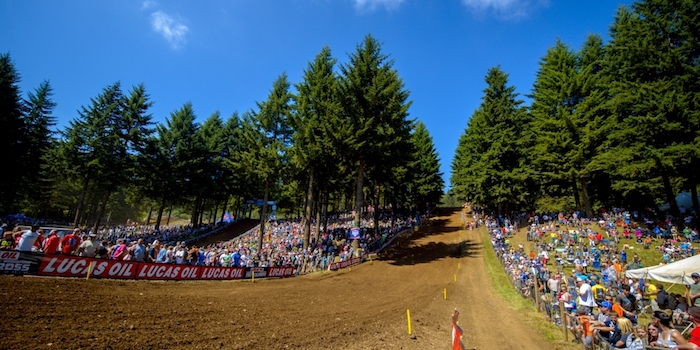 Washougal Motocross Park in Washougal is pretty well-known in the pro-racing circuits. On July 23, 2016, the park will host the Washougal National. The legendary race marks Round 9 of the 2016 Lucas Oil Pro Motocross Championship, sanctioned by AMA Pro-Racing.

The track itself is located in the scenic foothills above the Washougal River. It sits amid a forest of towering fir trees. Some say it’s one of the most beautiful Motocross parks in the world. It is also within hearing distance of many homes. Some of those owners have had an on-going battle with the track over the noise created during the events.

However, I’m not taking a political viewpoint on this one. Be forewarned, if you buy property along the Washougal River Road, prepare to have slow traffic when the track hosts races. In addition, some neighborhoods, such Bear Prairie, are impacted with noise from the park.

To me, knowledge is power, if noise bugs you, buy elsewhere. Some folks choose to live in the area as they have children who participate in the sport, and in the races. Remember, one man’s paradise may be another man’s hell.

We can all agree the Washougal Motocross Park has certainly put Washougal and Camas on the map for a lot of families who love the sport of Motocross Racing.