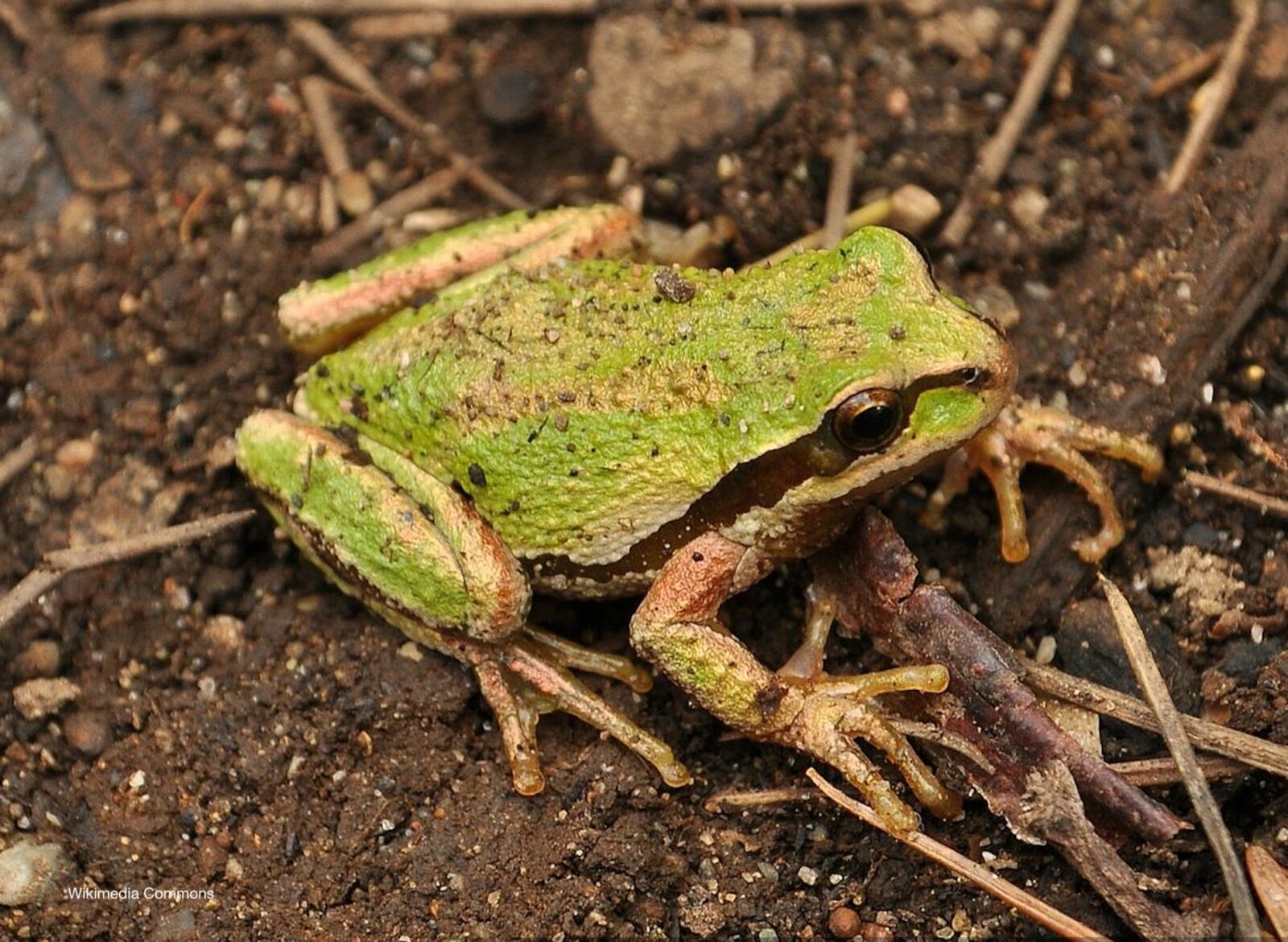 Thanks to a class of fifth-graders in Olympia, the Pacific tree frog is the official amphibian of Washington State.  Also known as the chorus frog, its scientific name – Pseudacris (rhymes with Ludacris) regilla – sounds like a rapper. And, like Ludacris, these tiny frogs have a big song in their hearts, especially the males. Every Spring, you hear their loud two-part “ribbit” designed to attract females.  The chirping stimulates other males to join in, and often, the resulting chorus of their joint efforts can be heard quite far away. It’s always sweet music to our nature-loving ears. In fact, Hollywood sound studios use the Pacific tree frog’s ribbit as a common background for many outdoor scenes.

March 20th was World Frog Day, so it’s timely that we recognize the importance of the Pacific tree frog to our environment. Found in every region of the state, they are beneficial to the environment and crops by eating bugs, including dangerous disease-carrying insects such as mosquitoes and ticks.  Plus, frogs serve as a food source to other species, including snakes, which help control rodents that can greatly damage crops. Frogs are also an environmental indicator.  Like the canary in a coal mine, they thrive when their environment is healthy, but get sick and die off if polluted.  So it’s vital that scientists, environmentalists, and ordinary citizens help protect these small amphibians.

The biggest threats to frog larvae include predators and parasites. But pollution  and chemical contaminants are the bigger human-generated threats. While the species is not declared threatened in the state, declines in extensively urbanized areas is cause for concern.  We can protect frogs by preserving their habitats and not using harmful chemicals and pesticides on our lawns and gardens.  Chemical runoffs are known to be especially detrimental to wetlands and natural habitats.

Handling frogs can be hazardous to their health, as lotions and/or bug repellents can be absorbed into their permeable skin. Cute as they are, please resist the temptation to keep them as pets, they belong in outdoor habitats where Mother Nature intended.

Speaking of natural habitats, it’s one of our specialties. If you’d like to find the perfect spot in a rural setting close to nature, call us.  That way, as Spring begins anew, you too will wake up to the wonderful songs of the Pacific tree frog.