New Seasons in Fisher’s Landing – Bee Part of the Solution 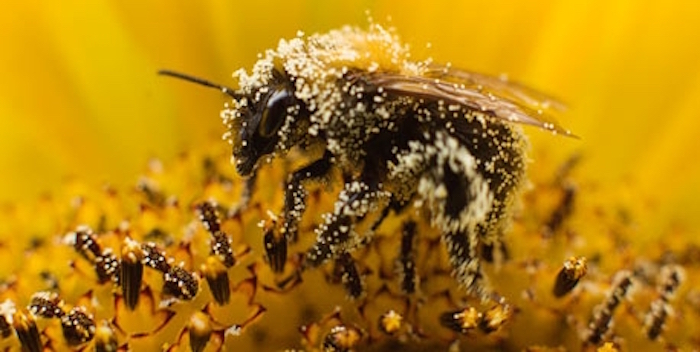 Bee’ing Part of the Solution.

Honey bee populations are disappearing at alarming rates around the world. While we can’t point the finger at just one reason for their mass die-off, there is strong evidence linking pesticides to the conditions causing Colony Collapse Disorder.

In recent years, chemicals called neonicotinoids have been linked to bee deaths, and Europe recently banned the use of the pesticides for two years. The EPA has yet to take action in the United States, and it’s overdue according to many environmentalists and bee-keepers.

One of our favorite grocery stores in the Camas-Fishers Landing area has installed bee hives on the roof-top of the store. New Seasons did the same thing at its Happy Valley, Oregon, store and may put hives in 9 other stores in the Portland area.

A Portland beekeeper recently moved 50,000 bees to the Fisher’s Landing market with hopes of the rooftop population growing to more than 120,000 by next spring. A New Season’s spokesman says it’s the grocery chain’s “Bee Part of the Solution,” campaign.

The Columbian newspaper has reported that New Seasons might start selling its own brand of honey. Another goal of the project is to raise awareness about the importance of pollinators and the risk to their survival from pesticides, parasites, and disease.

If honey bees disappear, so does a third of our food supply. Foods we’d likely miss too, including many fruits, veggies, and certain seeds and nuts. It may take scientists time to determine the exact cause of CCD, however neonics are a prime suspect that could be taken out of our backyards, fields, and orchards.

Be mindful of what you use at home in your gardens, even so-called organic pesticides can cause problems for critters. Roundup, thought to be safe to use for killing weeds, is also coming under more scrutiny. Try to find other methods for weed control. It might not be as effective, but in the long run, if it protects the environment, it’s worth it.

If you too are concerned about the link between pesticides and honey bees, let the EPA know. Tell them not to wait until 2018 to ban bee-killing pesticides. And the next time you visit New Seasons, tell them thank you for BEEing Part of the Solution.