Nature as Neighbors Can Be A Real Hoot 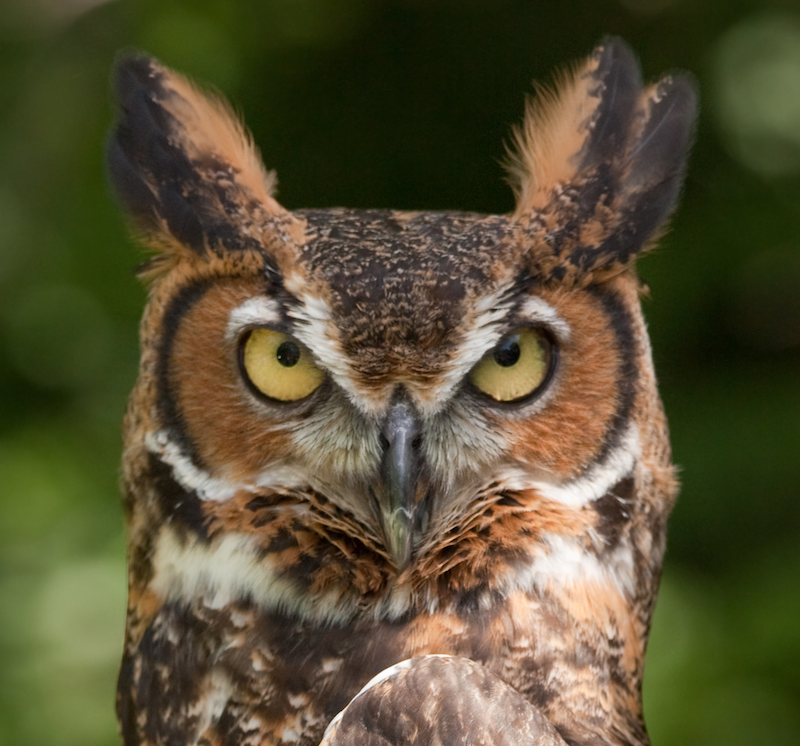 When you live with nature as neighbors, you will often hear sounds of the wild – sometimes in the middle of the night. The other night, I was awakened by a great horned owl, with its distinctive haunting “Hoo-Hoo-Hoo Hoo-Hoo”.  It might be a bit unsettling, but they are just calling out for a mate, or staking their territory.  Here’s an audio sample, with one owl calling, and another responding:

In spite of the scary stereotype in horror movie backgrounds, they are neither dangerous nor threatening – unless you are a small animal wandering around in the dark!

There are several owls species throughout the Pacific Northwest, the most prominent being the great horned – “horns” being the two tufts sticking out of its head. To anyone who loves nature, it should be reassuring to hear them roosting in the area. Owls are part of the natural cycle – they are predators of mice and rodents, which helps keep that population down. They also are not known to carry or transmit any diseases threatening to humans or domestic animals. But they are known to prey on smaller domestic animals and birds that are not housed or enclosed. Owls are protected under federal and state wildlife laws, which require a license to handle them.

If you want to learn more about ViewHomes of Clark County and Nature As Neighbors, contact us at Harcourts USA -The Carl Group.  You can begin your search here.